the book of dog: chapter five 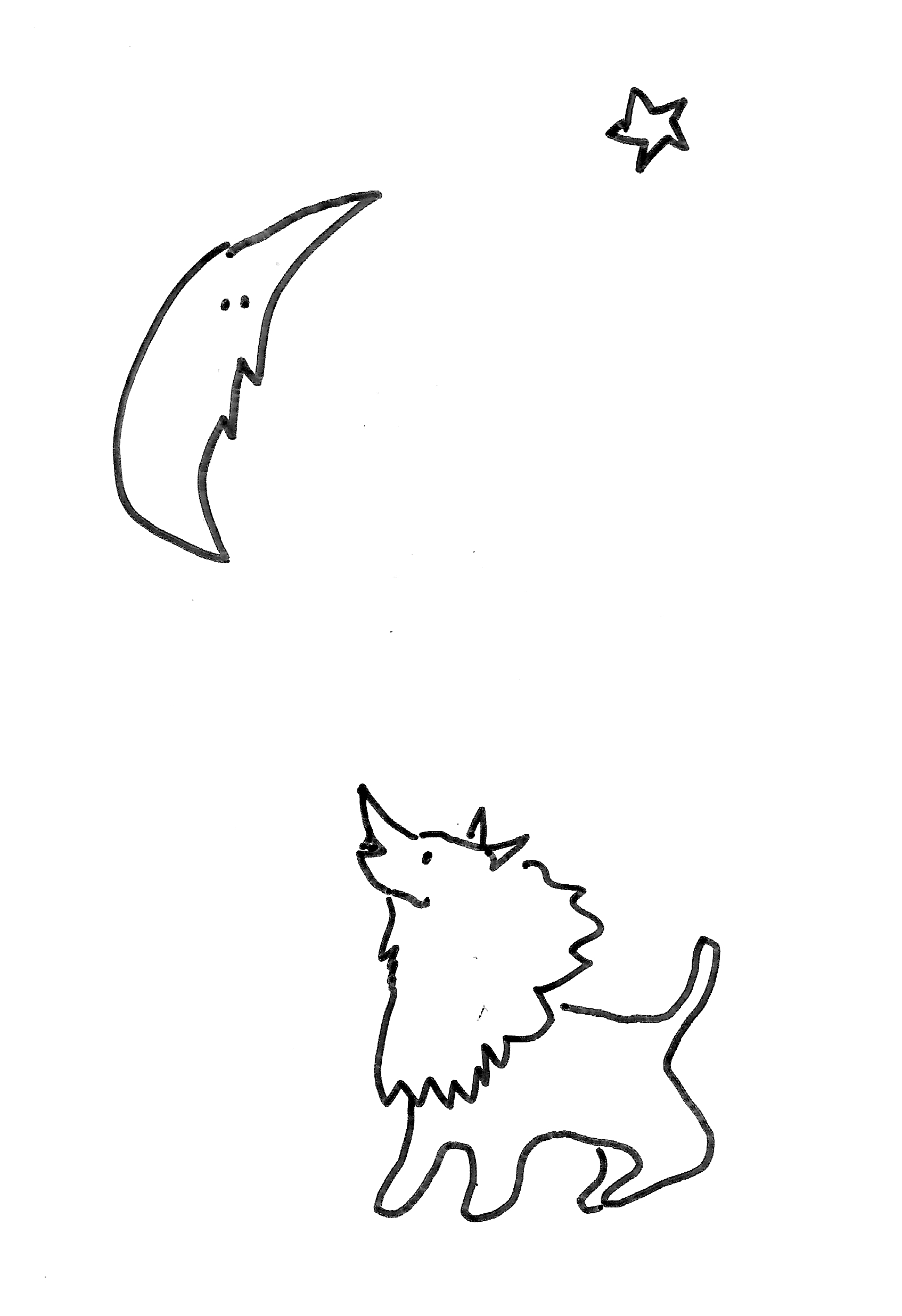 “Now, why is a young Black girl hitching a ride out of Barstow California, at this time of the night and in times like these?” was the first question in Margie Peach’s head when she saw the girl standing by the side of the highway with one arm raised. Margie Peach wanted to know the answer badly enough that she pulled over. But she watched to make sure the girl didn’t pick up a companion or two on the way to the car. She had heard stories about how young girls were used as bait, so when an unsuspecting motorist stopped to help, here comes an ambush of men from the bushes, men with names like D-Money or Smoothie, to rape and rob. Thankfully nobody jumped from the bushes this time. She unlocked the passenger-side door and the girl got in. Margie Peach locked the doors again. She flipped the dome light on to get a better look and thought: Holy moly is this girl pregnant. Nine months at least. Maybe she’s hitching a ride straight to the hospital. Wouldn’t surprise me. This girl is bound to have a story. I, too, have a story.

“I wish you would turn that light off,” the girl said. “Aren’t we going to drive?”

“My name is Margie Peach and I breed whip-tail lizards,” Margie Peach said. “What are you doing trying to catch a ride out here in the middle of the night? It seems unwise. Anybody could come along.”

“What’s wrong with your eye?” the girl said.

“It’s called strabismus,” Margie snapped. “My type is called exotropia. It does not affect my vision in any way. I’ve adapted.”

“What about your hands?”

“I think you are a very rude girl.”

“It’s called arthrogryposis,” Margie said. “Maybe you should get another ride.”

“My baby thinks you’re all right,” the girl said.

“I don’t know why I’d stop if I didn’t intend to give you a ride,” Margie said.

Margie turned the dome light off. She put the car in gear and got on the highway.

“I’m going to Nethalem,” the girl said. “It’s on the San Francisco Bay. My boyfriend went on ahead. His name is Lix Tetrax and he’s expecting me. He’ll be happy to see me, that’s for sure.”

The girl said these last words as if daring Margie to challenge her. Margie let it go. “I’m going to San Francisco, myself,” Margie Peach said. “When I get there I’m going to stay at the famous Intercontinental Hotel. I’m going to drink a Cherry Coke at the Top of the Mark. It’s been my dream in life ever since I saw it in a movie and now that I’ve lost my job I’m going to do it before I run out of money and never have the chance. I can get you pretty close to where you’re going, I guess.”

“Whatever,” the girl said, and yawned.

Margie Peach did not feel rebuffed. She was used to people being rude to her. Also she wanted to help. She resolved to keep asking the girl questions, to pass the time. Maybe there would be time for Margie to tell this girl her own story, too. But before Margie could even think of the first steps toward gaining her confidence the girl had fallen asleep. Margie didn’t even know her name. She slapped at the radio and the  voice of the President giving a speech came on and Margie turned it up loud enough that his nasally voice would wake the Dead. The girl didn’t stir. Margie turned the radio off. The girl slept on. With nothing left to do Margie began to tell herself her own story, in her head. She never seemed to get it exactly right. She was always making herself out to be the hero or the villain.

They were coming up on the infamous town of San Bernardino.

Margie Peach woke the girl with a shake to the shoulder. She felt taken advantage of by this pregnant, sullen girl. She felt like an unpaid chauffeur.

“Just let me out when you get off the highway,” the girl said.

“No,” Margie said. “You could use a break too. No one is going to come along at this time of night. Look, there’s hardly any traffic except for truckers and believe me you want to avoid that sort. I’ll buy you a meal. I can do that. It’s the least I can do. It’s no trouble at all. We’re going the same way. You shouldn’t be out in the dark, a young girl in your condition. You shouldn’t be wandering around in the middle of the night. The world isn’t safe.”

“It will be light soon. Just let me out at the exit.”

“It’s no trouble,” Margie said, and patted the girl’s knee in a way she meant to be reassuring.

“Let me out this second,” the girl said, and she opened the door, just a little but as they were still speeding along at seventy the wind howled through the crack and the car veered left.

“Stop that, stop it!” Margie said.

The girl pulled the door shut but she kept hold of the handle.

Margie slowed down. She used her turn signal. She exited the highway smoothly.

“Look, there’s a sign for a Denny’s,” Margie said. “They’re always open. Come on. I’ll buy you a blueberry waffle and a Dr. Pepper and then we can go on. I should have a coffee myself. I want to help you. It’s stupid to be standing out there in the dark when who knows what is out there.”

Now Margie Peach drove as gently as she could so she would not alarm the girl again. She drove right up to the front entrance of the Denny’s. Margie could see the waitress, a kindly looking, big-busted older woman, who was just topping off the coffee for a couple sitting by the window.

The girl got out.

“Just tell me your name at least!” Margie Peach said.

“Stella,” the girl said, and then she slammed the door and went inside without looking back.

Her lack of gratitude made Margie feel cynical.

I sure could use a pit stop after all this driving, Margie thought. I should go right in there and by myself a coffee. It’s still hours until dawn. A coffee would do me good. I deserve a rest. I don’t need to sit with Stella.

But Margie felt hurt and unappreciated, so instead of going inside the Denny’s she backed out and kept going.

Soon she began to regret it. She had been driving too long and she was tired and her strabismus was acting up. She had begun to see double again. Oddly enough as her vision grew more impaired, her sense of smell improved. She could smell very well indeed. She could smell the exhaust fumes coming in through her closed window. She could smell the remains of a strawberry milkshake she had spilled in the front seat of this car three years ago. She could smell her own body. Her hands lost their grip on the steering will—no longer could she grasp the wheel with any strength at all—and the car began to swerve. Pull over, pull over, she told herself. The shoulder was wide. She pulled over and cut the engine. She opened her door and flopped out, barely able to stand. As a matter of fact she could not stand any longer. She dropped to her knees, or to her paws, rather, and she ran from the car without a second thought and into the grassy field next to the highway, and she was happy, and she kept running, running, her throat and mouth and body filled with the giddy blood-lust scent of the sixteen cows sleeping in the high grass a mile away.

The rest of the night was a blur. 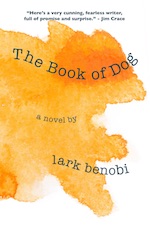 (buy The Book of Dog)